Usually, the BMX riders have a remarkable capacity of riding than general bike riders. Everyone eagerly waits to see the BMX competition every year. Recently, my co-workers have wanted to know about the best famous BMX riders in the world of all time. Browsing for the right answer, I have found that it is everyone’s common intention of getting a list of famous riders.

Today I am here presents you seven best famous BMX riders in the world of all time. They are incredible in their performances. You can’t imagine how they perform without watching. So, let’s go to introduce famous riders in the world.

I am thinking about making a list. As I believe, to be a BMX rider, you have to know everything like race, street, trails, ramps, rounded, etc.

It is not a simple task to find out the best famous BMX riders because of its changes every year. But as all-time famous riders, we can make a shortlist who is highly honored and rated all over the world.

Mat Hoffman is a person who achieves some incredible riding styles that makes him unique and famous all the time. We cannot think of BMX’s world without him. You can’t find anyone who can similar to him. Hoffman already has achieved an aura of legendary BMX rider of a lifetime. People remember him as long as the BMX bikes existing.

Now turn to his great achievement that he gains in his lifetime and take place the legendary BMX rider for all time.

Besides that, he is the first man who lands a 900 and a no-handed 900 too. For his incredible and courageous performances, especially for reaching the highest air on a BMX bike over a 24-foot quarterpipe- he has the Guinness Book of World Records. Hoffman also has the ESPN Action Sports Lifetime Achievement Award.

Hands up undoubtedly, he is the best rider of the earth, and I get all the inspiration for doing everything.

Daniel Dhers is famous for his strategies for riding. Daniel’s continuity in the competition field is stunning. He always seems to have a new, impossible jump variation that has never been seen before. His reputation for accuracy means he’s about to pull it off as well. Daniel can execute more difficult tactics in one run than most people can in a lifetime.

He wins gold in five times and a bronze one time at the Games park competition. In Dew your -park, he has won gold three times. He is a fantastic rider in Venezuela.

He is also my dream, and I always love his tons of style.

He is known to all for a lifetime because he is more skilled at riding than others on a bike. He has a very incredible ability that no one can think of. He and Dave Mirra achieve most of the Games medals in Bmx Park together.

But in case of his achievement is not less than others. He has won three times gold medals, three times Silver medals, and three times Bronze medals. No doubt, he is an excellent BMX rider.

No doubt, he is my boyhood fantasy, and I feel he has gone far a lot, and his creativity makes him top ten alone.

Mirra’s extraordinary talents have taken him to the winner in every X-Games event since its start in 1995. He makes his record for most medals in BMX freestyle. His passion and dedication to riding could be lead to bring a reputation that still remarkable in sports lovers worldwide.

Garrett Reynolds rips the bike a new seat post. He deserves top riders as his quality. He has some remarkable riding styles.

Few people may be shocked by how Reynolds taking place this list, and some may already know the exact reason. He shows there is such kind of riding quality that breaks records of the past. He even replaced Van Homan from the prime spot with 900’s and 720’s downstairs and insane up rail combos.

That’s why he achieves gold medals for nine times in X-Games event in street BMX riding. He has a silver medal furthermore. Many BMX riders want to be like him.

In my opinion, I call him Master, and he is my inspiration and worth of the best BMX rider.

Ryan Nyquist is one of the best BMX riders-ever talking about all-time here. Known as a robot for BMX riding because of his continuous dedication and riding styles.

He has won 16 X-Games medals. There are gold, silver, and bronze medals as his achievements. He is a real example of riders who wants to be memorable for his results.

He is my all-time favorite rider, and I like to watch his events.

The American rider is one of the most excellent BMX riders of all time. Gray is famous for his technical riding and his great skill. He has brought massive strategies that contribute to the sport, and so on. Considered as one of the great riders around today. He is champion in skate parks of lines. None can beat him in the street course.

This legend has won X-Games gold medal in park style. He also achieved silver and bronze medals as his great air games rider. In the Van Doren Invitational event, he has won the first position.

Hopefully, you have got a list of some incredible BMX riders who won the heart of all people in the world. Here I present and give a short description of Best Famous BMX riders in the world of all time as their valiant stunning and achievements.

They all give us not only entertainment but also inspiration. 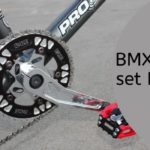 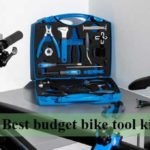 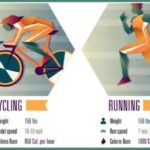 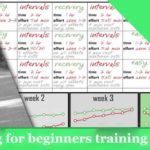