Balls a fundamental element in many sports and likewise without them ping pong will not exist. However do unique characteristics and behavior of the ping pong sports what separate it from other sports in recent years the change of its material from celluloid to plastic has also led to an evolution in the production process, let’s take a close look at What are ping pong balls made of? The very first step which keeps in mind when you want to make quality balls is it suitable for your table tennis bat and your table?

The life of a ping pong balls begins their journey as tiny plastic sheets but by the end of the day, there will be so much more than that.

Before getting chapped all the plastic sheets are weighed measured and checked for quality to ensure the standard of balls, the first step in the production line is the shaping of the ball hubs round Copperheads press the sheets into shape while being shaped hot water is also dripped onto the sheets to avoid cracks. The final has still had a big edge which needs tube trimmed in the next fully automatic step. Once the edges cut the ball hubs are ready to be glued together. Then the individual ball hubs are put in pairs into the copper modes of the gluing machine. After that, the balls are distributed in linen bags that are then brought into another hole where they get the final touch, exactly how the balls get there perfectly round. The shape is the factory secret.

Also Read: How to Clean a Ping Pong Table Top

The finished balls are kept in stock at a certain temperature and humidity in the past due to the instability of nitrocotton which is the main ingredients of celluloid the balls have to be kept in stock for 60 days. But now with the new environmentally friendly material it only takes 15 days.

Once the balls leave the storage room its times to quality control. Every ball has to undergo a strict inspection by the automatic assembly line from the balls that passed in this line the competition balls are then picked and has to undergo second testing by hand.

The first step is to check the quality of the surface of the ball. The ball is held along the seam to check its interior and exterior surface under the light from a lamp paying attention to its two tops at the scene time.

Next step the balls are tested on their veer, one after another they roll down a table of a certain angle and length if it deviates from the centerline by more than 175 millimeters the ball will be disqualified.

Step three is the hardness a special device can measure the hardness of balls on different spots with the seam of the ball kept parallel to the circular base the hardness of the top sports gets measured on both sides. The balls are then categories by the difference in hardness.

Step 4, the balls are weighed accurately on the scale and must fall in between the 2.6 grams to 2.7 grams range to pass.

The last step is roundness after the measurement is set the deviation on the device must be between 2 and 2.4 millimeters and the size of the ball must be 40.00 millimeters.

As we mention earlier what are ping pong balls made of?

The balls are made from celluloid that is extracted from the nutrition of cellulose from cotton and also they are made from plastic the balls must be white or orange.

Is there a gas inside the ping-pong ball?

The truth is no there is only air inside.

Now the manufactures make a different type of balls each of them has a different purpose with different ping pong ball materials, below some table tennis ball types

Fun balls: are specially made for children so they can vary color and in soft however, they are not legal to be used in competitive play.

Practice balls: they are used by beginners the balls are legal but they are not durable and may break when hit hard.

On-star balls: they like the balls but softer and also may break when hit hard they are legal to be used in competitive play.

Two-star balls: they used especially by improve and robots and or multi-ball practice, the balls also are legal to be sued in competitive play.

Three-star balls: these balls meet all the requirement set by the ITTF and they are the most durable ever.

Table tennis well-known as ping pong has got its beginners in the 1980s in England. It started out as a parlor game with early attempts to bring tennis indoors to play on a table early names for the sport were, wif-wife, gossamer, flim-flam, ping pong they say it’s because of the sound that the ball made when it hit the racket the early rackets and a covering often of vellum of parchment that made an interesting sound the name ping-pong stuck and it got trademark. Homely brother out England trademarked it, in modern-day it’s actually owned by escalating sports which is an American company but in the early days because of the strict enforcement of the trademark he could only use the equipment called ping pong. When you played in the tournament it was getting restrictive for the sport. So they changed the name to table tennis and that’s why we call it table tennis.

as a conclusion table tennis well-known as ping pong is one of the most popular sports in the world is it played by so many people. because it is a kind of sport that can be enjoyed by individuals of any age and physical ability and also is a great way of meditation because it uses the brain and fast the thinking ping pong increase also increase the flexibility And no matter how are ping pong balls made its importance how you perform with this ball.

Finally, ping pong is not a sport for rich people it is a sport for all people. Hope you like our article to learn more about all kind of sport, injury and lot more article www.topicaltalks.com 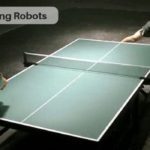 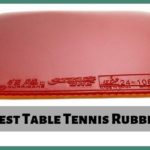 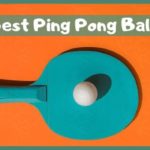 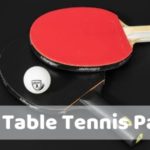 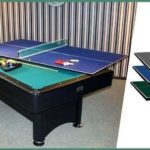 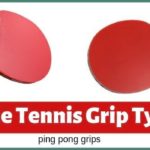 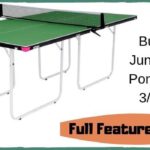 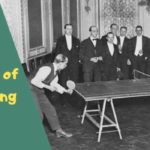 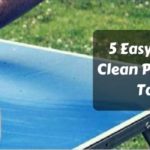 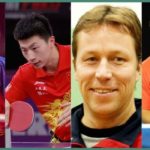 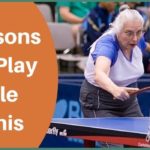